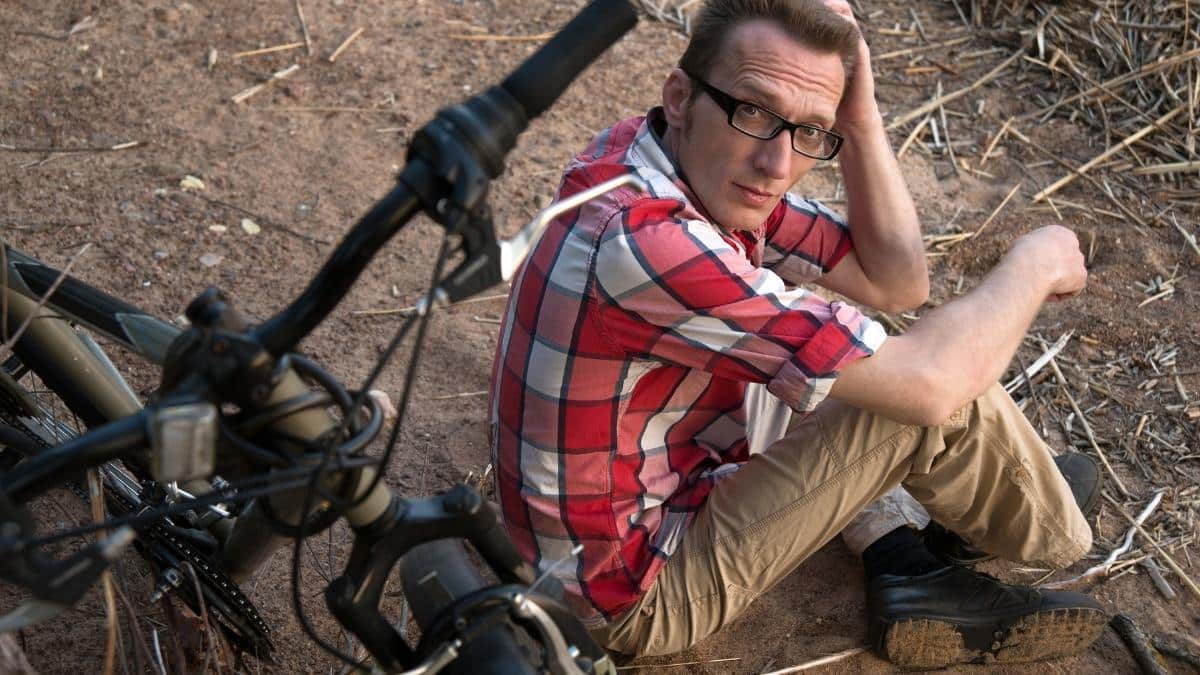 Electric bikes make commuting to work or the grocery store a breeze, providing plenty of power to keep your wheels turning. Depending on your e-bike, you might not even need to pedal at all!

But what happens when an electric bike runs out of battery life? Does it stop working entirely?

This article will answer this question and discuss ways to extend your electric bicycle’s battery life. That way, you can be prepared to handle sudden battery failures and enjoy the longest-lasting battery life!

Do Electric Bikes Stop Working When They Run Out of Power?

No, your electric bike will not stop working when it runs out of battery power. Unless you’re riding an electric motorbike, which is more similar to a motorcycle or scooter than a conventional bicycle, you’ll still be able to use your e-bike when the battery runs out of power.

After all, nearly all electric bikes have pedals, and these pedals function normally, with or without battery power. That said, depending on the size and weight of your e-bike, pedaling it home after it has run out of power can be challenging.

Therefore, it’s crucial to ensure that your bike’s battery is always properly charged. This means connecting your electric bike’s battery to a reliable and safe power source after each ride.

But what if your bike’s battery refuses to charge? Does that mean you need a new e-bike battery?

Do You Need to Replace an Electric Bike’s Battery?

Like car batteries, e-bike batteries eventually need to be replaced. Most electric bicycle batteries last between three and five years.

If your current e-bike battery no longer accepts a charge or runs out of power early on during your rides, you might need to replace it.

Of course, you might be able to extend your bike’s battery life to the maximum threshold by following a few maintenance tips and tricks.

How to Extend an E-Bike’s Battery Life

There are several ways to keep your electric bike’s battery in tip-top shape and ensure it holds its charge. Some of the best tips include:

Let’s explore these tips to ensure your e-bike’s battery enjoys a long lifespan!

Though you might want to crank your electric bike to its top speed while cruising around town, it’s often far wiser to only go as fast as you need to.

Keeping to a mid-range temperature (about 10 mph or 16kph for most e-bikes) helps reduce the power you use during each ride. It can also ensure you have plenty of battery power to overcome steep inclines or transport heavy groceries home.

If your chosen electric bike doesn’t have a display screen that shows your current speed, you might want to add one to your bike. Some e-bike brands sell optional display screens as accessories, but you could also choose a widely compatible option that suits most models.

The HUDAMZKY Ebike LCD Display Mini Meter is a worthwhile option for those without built-in display screens. It’s compatible with 24V to 52V bikes and clips directly onto your bike handle for convenient reading. In addition to displaying your e-bike’s speed, this device can also help you adjust your speed settings!

Another fantastic way to extend your electric bike’s battery life is to utilize its pedal assist modes. These modes add extra power to your pedaling, reducing the strain on the battery while still helping you get to your destination without expending much effort.

Some e-bikes are either zero-power or throttle-only, meaning they lack a pedal assist mode. If this applies to your electric bicycle, you’ll want to keep a close eye on your average speed and try to pedal instead of using the throttle (whenever possible).

Ensuring you charge your battery after each ride is also a fantastic way to extend your bike’s battery life.

Charge the Battery After Each Ride

Each time you return home after riding your e-bike, you should immediately roll into a cool indoor area and charge the battery.

If you enjoy short-range rides, you might be tempted to neglect post-ride charges, as your battery might still have plenty of power. But getting into the habit of charging your electric bike battery each time you’ve finished riding is an excellent way to avoid fully depleting your battery.

A fully depleted lithium bike battery can struggle to receive a charge. If you accidentally let your e-bike’s battery die multiple times, it might only function at a fraction of its original capacity.

Avoid Exposing the Battery to Heat

Like electric vehicles (EVs), most electric bikes use lithium batteries to power their motors. These batteries are long-lasting and easy to charge using electrical outlets. But they are sensitive to high-heat conditions.

Now, it might not always be possible to avoid exposing your bike’s battery to heat, especially when riding during the summertime. But keeping your bike indoors, preferably in an air-conditioned space, can help negate damage caused while riding outdoors on a hot day.

After all, when a lithium battery is exposed to high-heat conditions of 122°F (50°C) for hours at a time, it can begin to develop internal signs of damage.

These damages can result in a lower battery capacity, meaning that each subsequent charge will produce less power. Over time, your e-bike’s battery might even refuse to accept any charge, necessitating a full replacement.

When an electric bike runs out of battery, you’ll still be able to pedal it to get it moving again. However, you won’t be able to utilize the electric power via pedal assist or throttle-only modes.

If you’ve noticed that your e-bike’s battery isn’t providing as much power as it once did or fails to accept a charge, you likely need to replace it.

To help your electric bicycle’s battery last longer, keep it away from high-heat areas. You might also want to charge the battery after each ride and avoid riding at the bike’s top speed.