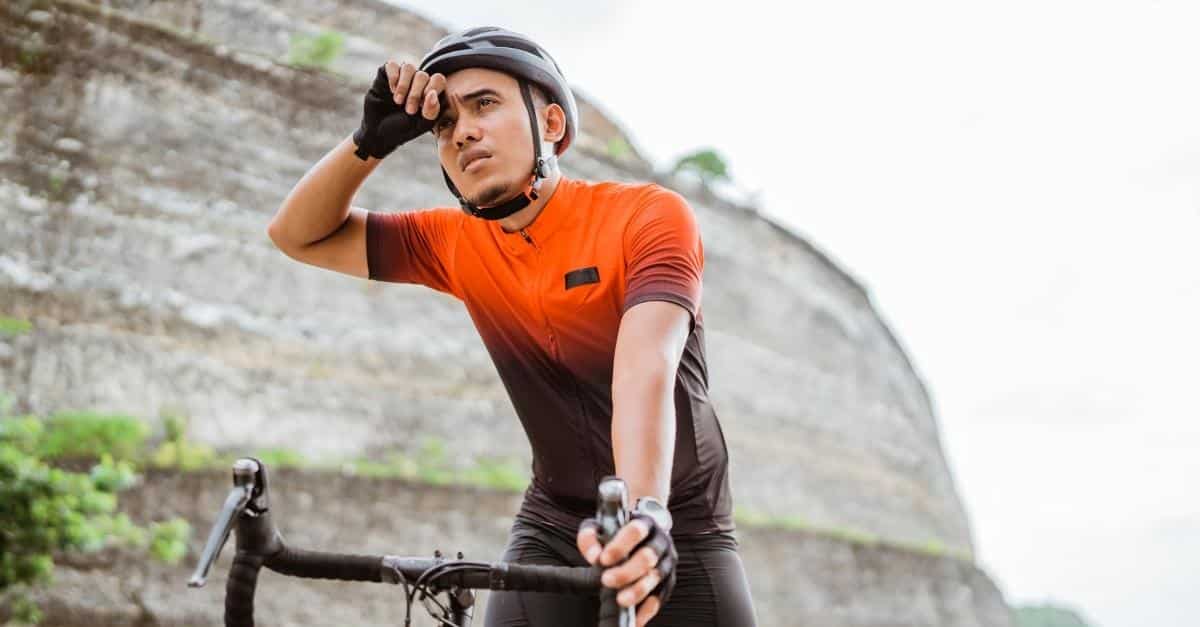 These days, electric bikes, also known as e-bikes, can be seen on every major street, city, and neighborhood.

Not only are they fast, but they’re also practical, energy-efficient, and fun.

But do these bikes also help you achieve your fitness goals?

The global e-bike market will reach $53.5 billion in revenue by 2027. As electric bikes become more common worldwide, it has opened up a whole new world of possibilities for eco-friendly transportation.

It is much easier to travel long distances on an electric bicycle, and it can surprisingly be a good exercise form, despite being motorized.

An electric bike has an electric motor to assist in pedaling. This type of bicycle gets its power from a battery mounted on it.

To be considered an electric bike, the motor must be able to help bikers instead of propelling them using the motor alone. Because of this, bikers still must pedal to be able to move.

The power the motor delivers depends on how fast or hard the biker pedals, as well as the support they have selected.

If you want to try out e-bikes, you may be wondering, just like thousands of new bikers, how they can serve as a form of exercise.

E-bikes allow you to overcome typical bike challenges that would have hampered your ability to go on a long ride, such as high hills. Therefore, you can go on longer rides.

But where does exercise fit in all that?

Many traditionalists think that riding an e-bike will not give you a proper workout. However, even those who want to burn calories and work up a sweat can use e-bikes to their advantage.

In a study published in the International Journal of Environmental Research and Public Health, researchers studied volunteers who used standard bicycles and e-bikes, and they discovered that those who rode e-bikes boasted an overall higher energy expenditure.

This is great because people on an e-bike rode more regularly, and their total ride time also met the 150-minute weekly moderate-intensity exercise guideline.

E-bikes could definitely be one of the best methods to improve a person’s overall health.

Benefits of Riding an E-bike

Still not convinced as to how an e-bike can be an incredible way to exercise? Here’s a look at some of the benefits of e-bikes.

One study assessed “untrained and overweight individuals” to see how they would perform when commuting using an e-bike and a conventional bike.

Researchers discovered that those who used electric bikes to commute to work at least three times a week gained more elevation and rode faster than those who rode traditional bikes.

With an electric bike, beginners do not have to worry about fully powering themselves, which means they won’t be too intimidated to start biking or cycling.

The more beginners ride, the longer they will enjoy it. Eventually, this will help them become a serious cyclist.

When a person who is not highly active uses an electric bike, they will be more confident to cycle with other people because they can easily keep their pace.

Another benefit of an electric bike is it gives people the flexibility to use it just like a traditional bike by putting the speed assist feature on low. But if they want to rest, they can turn on the “turbo” feature so the motor can help them go faster.

They Allow Bikers To Go Faster

When it comes to biking, speed is essential. A motorized bike can help bikers reach faster speeds to give them an adrenaline rush. Many e-bikes also allow riders to switch from various boost settings so they can whizz up any terrain without gassing themselves.

Due to the pedal-assist system, bikers can be much more confident while they pedal. Through this, they can maintain their high pace, which helps them feel even more confident.

With this confidence, they can make their daily routine much more fun and enjoyable.

To put it in perspective, if e-bike riders wanted to, they could bike up a hill at 15 miles per hour for a high-intensity workout. If they do, they will be working just as hard if they used a traditional bike going 12 miles per hour on the same terrain.

E-bikes give bikers the flexibility to control the intensity of their workout, and this can be highly beneficial for those who want to improve their fitness without putting too much pressure on themselves.

So if their intensity level gets too much and their thighs are giving out, or their lungs feel like it’s going to burst, they can reduce their biking effort until it reaches a bearable level of exercise. Having this option makes their biking experience more enjoyable.

One of the most significant advantages of electric bikes is it allows individuals who wouldn’t normally ride a traditional bicycle to use it more often.

In a study that tracked individuals while walking, riding a conventional bike, and riding an e-bike on a 2.75-mile route, researchers found that the participants’ average energy was the same.

Although those who rode e-bikers burned fewer calories, they still exerted a moderate to a vigorous range of physical activity for most of the ride.

Electric bikes can be the best option for bikers who are interested in going on long-distance rides but are unable to do so on a traditional bike.

The bike motor will complement people’s pedaling, allowing them to enjoy the ride more without depleting their energy.

As a result, e-bike riders who do not have the best fitness level can ride as far as 50-mile distances, and it will still be fun. Doing this would be impossible for beginner riders who ride a traditional bike.

Since bikers can ride an electric bike for more extended periods of time without much effort, this will convince them to exercise more.

In a recent study, 20 people who don’t exercise were instructed to commute to work using their e-bike for a minimum of 40 minutes, three times a week for four weeks.

Researchers found out that their participants rode more frequently and for a longer time than 40 minutes. What’s more surprising is that the participants even added family joyrides and errands to their daily routines.

Another study that assessed 1,800 bikers also found that 55% of respondents rode daily or weekly before getting an electronic bicycle.

They Increase Your Heart Rate

One myth about e-bikes is that they can’t get a person’s heart rate up. However, it does the opposite. An e-bike helps bikers get their heart rate up, making them reach their fitness goals faster.

In research that compared the energy used to propel a traditional bicycle and an e-bike, the difference mirrors running when compared to brisk walking.

Using a conventional bike is considered a form of vigorous exercise, and riding an e-bike is a low to moderate form of exercise that burns half the amount of energy as the former.

Depending on your e-bike setting and the load you’re carrying, you can burn up to 390 calories per hour.

Electric Bikes Are Great for Seniors

Not only does an electric bike have the ability to help fit people go about their daily routine, but it can also be beneficial for seniors who want to stay active.

Because they do not have to exert maximum effort to get from point A to point B, an electric bike can also help them enjoy independence.

They Can Make Low-Intensity Rides Fun

Biking up a steep hill is enough to make serious bikers feel uneasy. However, doing this doesn’t always have to be a hassle.

You can still do it even if you are not in the mood to do a tough workout. This is because e-bikes don’t require bikers to exert too much energy or effort to sustain their ride. The motor will give you the boost you need to get to the top.

The e-bike can also make even the simplest everyday rides adrenaline-filled. Because of this, your body can recover faster. If you get tired from your biking session, you don’t have to stay in your bed or couch and wait for your body to heal.

You can still cruise on your electronic bike and get your circulation moving to help quicken your healing so you can ride hard on your e-bike again.

Are You Excited To Ride Your Electric Bike?

Whether you are serious about your fitness or want to bike recreationally, using an electric bike is a great idea. Not only are electric bikes fun to ride, but they also are very effective in helping you achieve your fitness goals.

How excited are you to exercise using your e-bike?